This isn't always easy to write 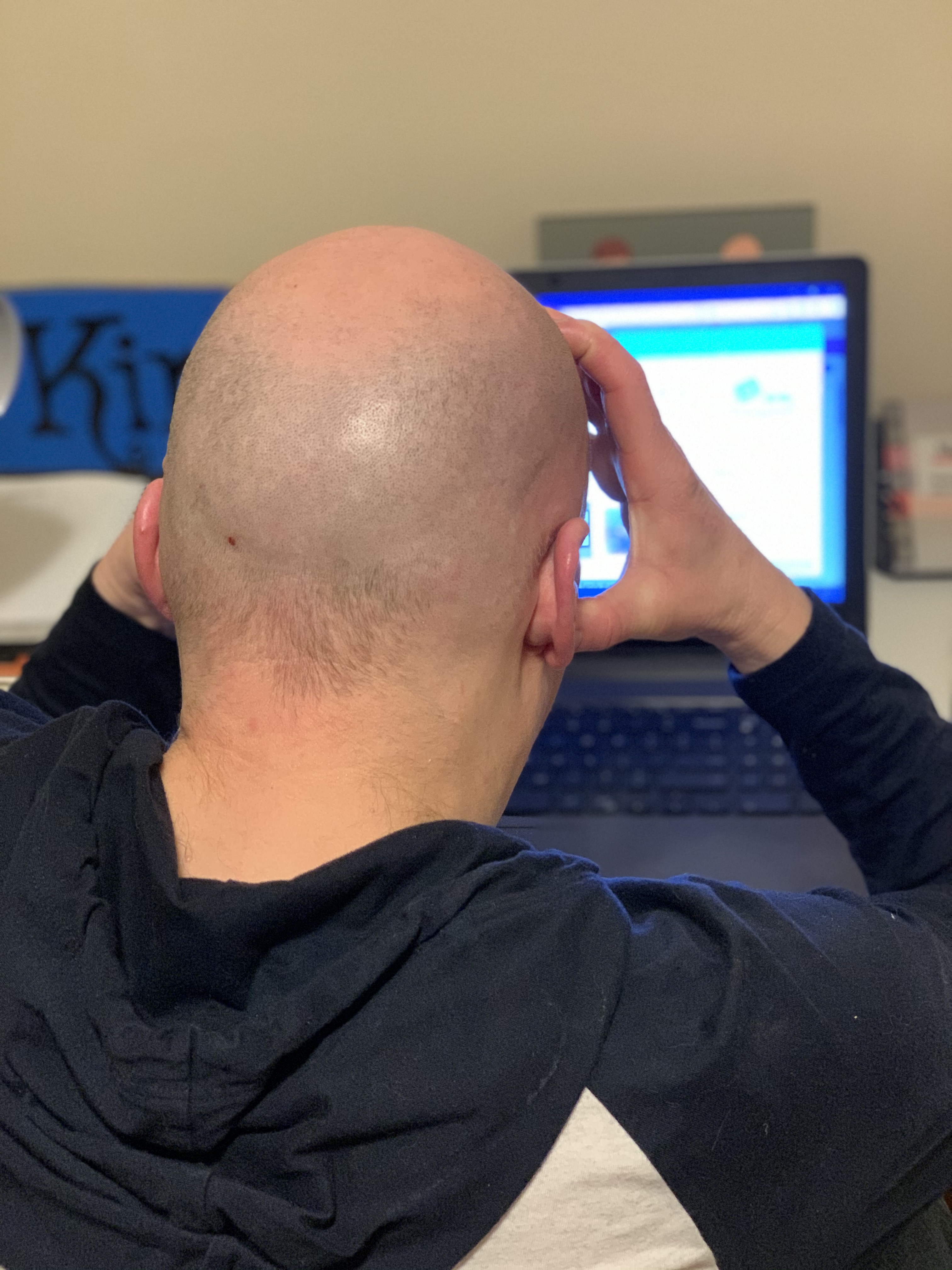 I really didn’t feel like writing anything for today. I haven’t felt much like writing for a few days. I’ve even asked myself once or twice if it was a good idea to start writing again.

It was so much easier to tell other people’s stories working as a sportswriter for four different daily newspapers over two decades. Wanted to know why that game-winning touchdown pass had worked? I could describe the play as if I’d been right there in the huddle seconds before the center snapped the ball. Why did the basketball player who’d kept chucking up, and missing, 3-pointers the entire game, keep shooting the ball? She told me she just knew she’d eventually sink one; in this case, it was the shot that put her team ahead to stay late in the fourth quarter.

I like to think of Cindy, Nolan and myself as the little family that could, even when we’re launching airballs. Nolan has been doing pretty well as of late, and you’ve read about his successes here. We had a very positive IEP meeting at the high school he’ll attend in the fall. I think Nolan’s teacher and the middle school psychologist do realize he is more intelligent than any IQ test or schoolwork might show. He boarded the minibus he’d been afraid of and swam in the therapeutic pool at a local assisted-living facility. They were very proud moments for me, indeed.

And then there are moments like Sunday evening, when I’m kneeling on the kitchen floor and gritting my teeth because I can’t find the lid to the container for the leftovers and four more containers spill out; when I’m irritated because Cindy is in the living room coughing up a lung thanks to the bad cold two of her co-workers had last week; and when Nolan comes into the kitchen whining because he wants something, but doesn’t want to use his iPad to tell me.

I don’t feel well at all in those moments. This is the time my inner Eeyore comes out, only Eeyore has the grating, screaming voice of the late Sam Kinison and is using the type of language I need to refrain from using in this or any future post because I told two members of the church Cindy, Nolan and I attend we’d started this blog and they promised to check it out. Come to think of it, so did one of Cindy’s former co-workers, who told me she’d have her 12-year-old daughter, who I got to know a little bit two years ago when I volunteered in her fourth-grade classroom, check it out, too.

Projecting a strong, positive image is important to me – especially dealing with Nolan and the many challenges that come with raising a son who has Autism and is nonverbal. I don’t like admitting when I’m feeling anxious, angry, weak and/or overwhelmed, but I’m having a kind of a tough time right now. This post is three days late because I couldn’t put together a coherent thought late last week (you might think I’m still coming up short in that department after reading this). I’ve been having a difficult time focusing. Hell, I just lost track of where I parked my car two weeks ago.

I've gone into my share of funks over the years, some more extreme than others. I would rate this one at about a 4.2 -- not catastrophic, but enough to leave a mark. Nolan's behavior has been all over the place at times the last few days -- happy one moment, upset and practicing his wrestling holds on us the next. He's been giving his vocal chords quite the workout. There was little to no sunlight in our little corner of the world for 10 consecutive days. I lost two days of running to freezing drizzle. Cindy's cold has made her a zombie. A lack of sleep has made me one.

Cindy and I know and understand very well the challenges we face daily. But it's more difficult for me to share what's happening with friends, acquaintances, and complete strangers, which is one of the key points of this blog. And right now all the thoughts that have been jammed into my head are just like the people who used to squeeze into telephone booths in the 1950s:

I know Cindy isn’t feeling well and she needs to rest, but I can’t handle Nolan alone.

Nolan gets really sick every year and misses up to a week of school -- sometimes more -- and he’s long overdue for a doozy of an illness. Cindy is going to get him her cold if she’s around him too much.

Cindy is going to have to take time off from work and stay home with Nolan if he does get sick. She’ll have to burn a day off. I hate that.

Nolan didn't want to board the minibus when his class went sledding last Friday. I had to come to school and really coax him to get in the minivan. Now his teachers want me to be on standby today when the kids go swimming at the therapeutic pool if they can't get him on the bus. Why is he afraid of that damn bus?

Can Nolan keep doing well his last four months of middle school? Something is bound to go really wrong at some point.

My January check will be small. I hope I'm busier this month -- we really could use the money.

The right side of my mouth is really starting to hurt. I haven’t been to the dentist in 2½ years. He told me at my last visit I’d eventually need oral surgery because my gums are starting to recede. I can’t be laid up for an extended period of time, because Cindy needs my help with Nolan.

Why did I wake up in a cold sweat again at 4 a.m.? And do I really have to get up today?

I know every family has its challenges – some of which are much more daunting than ours. Cindy and I promised that when we started this blog nearly three months ago we’d share every aspect of our lives – good, bad, and hellacious. We’re putting ourselves out there, and that doesn’t always make me comfortable. You’ve read about us at our best, and I can guarantee you will read about us at our very worst. I’d like to think that at some point it will be a breeze to share every aspect of our lives with you and not give it a second thought.

A necessary, and successful, trip for father and son

Their elation is my elation too